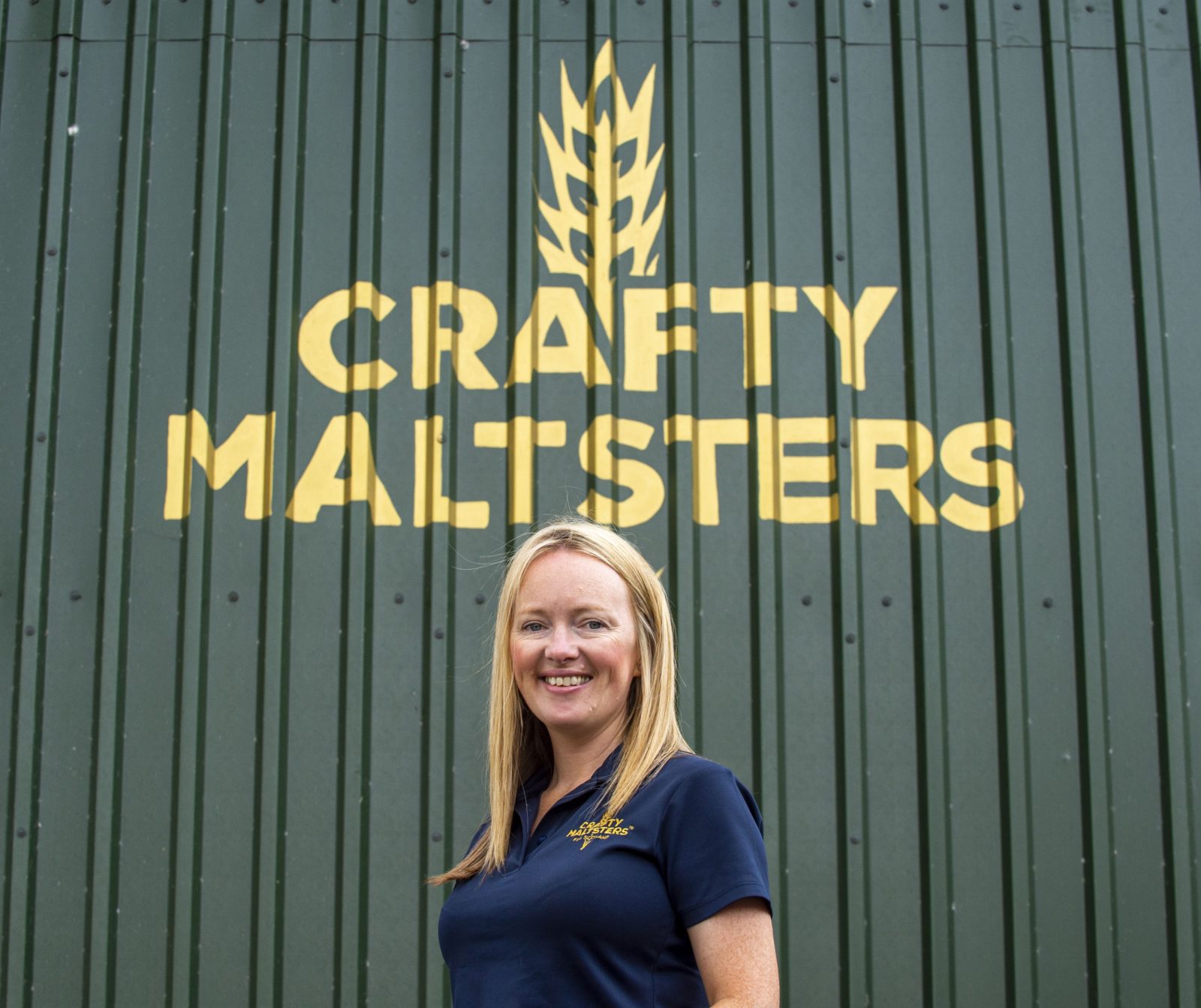 I thought I’d continue on our barley journey and wanted to introduce you to our next variety: Scotch Common.

For those who need a refresher (or missed it the first time around), you can find the blog here. 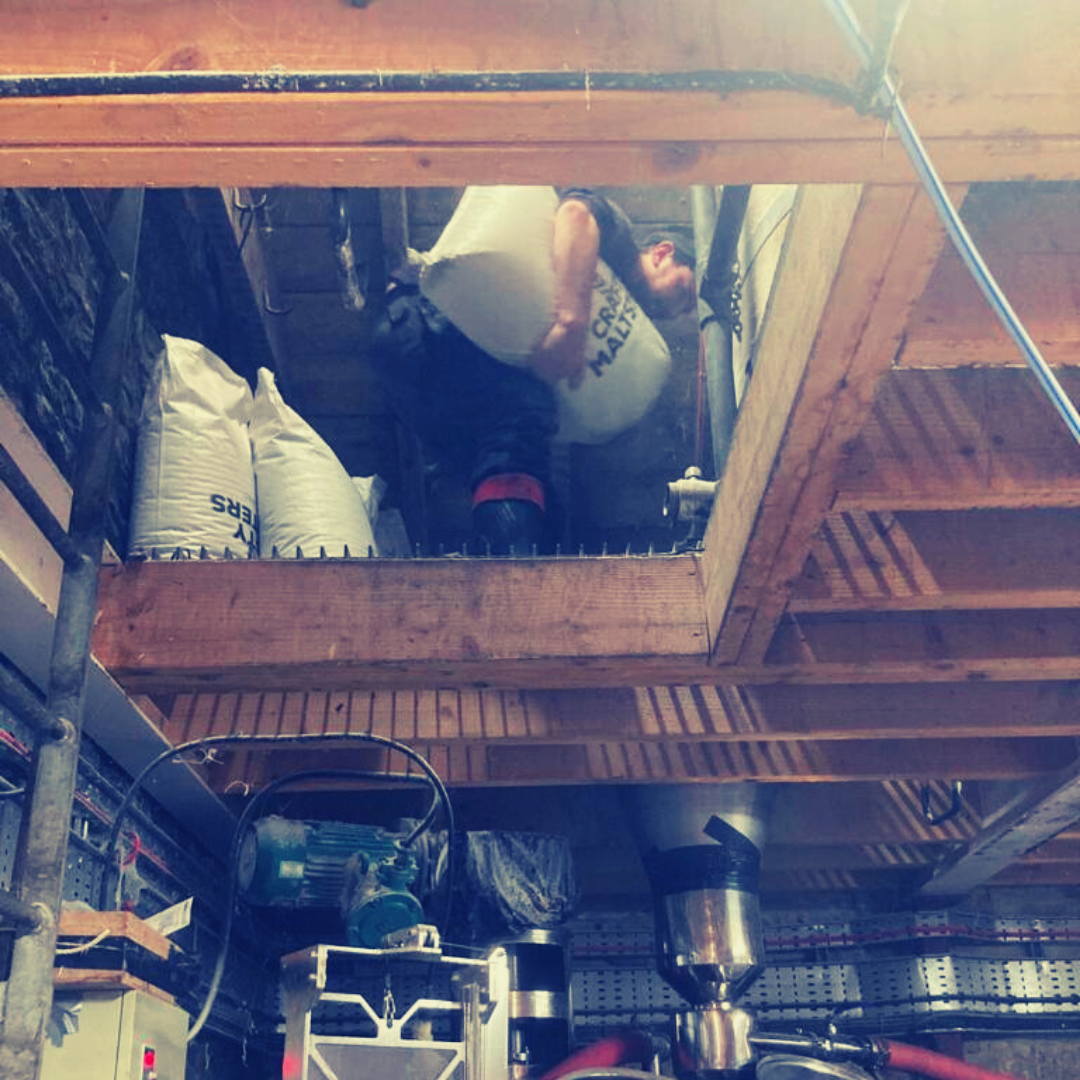 The next variety we received was Scotch Common from Crafty Maltsters in Fife. Researching Scotch Common shows a history dating well back to the late 1800s. The earliest reference I can find to it being identified as a unique strain of barley dates from 1805, where it is noted as being “superior to Bigg” (another name for Scotch Bere) and seems to suggest that it had undergone some selective breeding process to improve its agricultural yield. Indeed, studies into barley germination rate in the early 20th century show a high germination energy, higher than that of Spratt Archer and Plumage Archer, and with evidence that dormancy was so easily broken that often no rest period was required prior to malting.

This lack of dormancy period made Scotch Common highly popular amongst brewers in Scotland in the late 1800s, and indeed this trait was recognised as having potential for the breeding of new varieties as late as the 1960s. However, a lack of dormancy does not equate to ease of use for maltsters, brewers and distillers. The development of new barley varieties and selection of desirable traits for malting and brewing purposes began to take hold in the early 1900s, and whilst a lack of dormancy has its benefits, it did lead to problems. In particular, damp harvest years could lead to the grain sprouting, and thus losing extract and viability for the creation of alcohol, whilst still on the field, creating significant season by season variability. It is likely these factors, combined with the development of higher-yielding varieties, lead to Scotch Common falling out of use. The last reference we have to Scotch Common being used for distilling is from the 1920s, however, it remained of interest for varietal development and breeding purposes up until the 1960s.

The Scotch Common malt was definitely more challenging to use than modern varieties. This was evident from the very beginning of the process. Alison from Crafty Maltsters (pictured above) commented;

“With the Crafty Maltsters heritage collection, our ambition was to go beyond the boundaries of traditional thinking when it comes to malt and its contribution to beers and spirits, we wanted to really explore the relationship between barley variety and flavour.  It has been a challenging journey, from field to malthouse there are stark differences in the way that our older varieties perform. In the field the greatest challenge comes from mother nature, standing head and shoulders above commercial barley varieties; our Scotch Common barley was vulnerable to heavy rain and strong winds. leaving her lying in a heap at times.  It would also be fair to say that her ability to yield has been limited, without the intervention of plant breeding to enhance her chances, she was always going to find it difficult to compete.  In the malthouse we had to treat her differently, recognising that there may be real differences in the way she responded to the steeping and germination regime.  It has been a steep learning curve and one which has required great levels of patience, but absolutely one we believe will pay off when it comes to the flavour, provenance and heritage it can bring to the table.  The making of our heritage collection has been a labour of love and we are thrilled to be able to share that with Dornoch Distillery, who we know share the same passion for flavour and heritage as the Crafty Maltsters.”

Similar to Crafty Maltsters, there were real differences in the way Scotch Common handled in the distillery. Given the low friability and comparatively high nitrogen content (1.89%), we opted to incorporate a protein rest into our mashing regime, helping us to access the starch within the malt. Rather than going for our usual strike temperature of 65°C – 66°C, we aimed for 54°C – 56°C, before raising the mash temperature to 65°C. This presented a number of challenges. Firstly, given the small size of our mash tun and its relatively large depth, we had to limit the amount of water used to hit our initial mash temperature. This resulted in a dry mash, meaning it was not only more difficult to stir to ensure an even bed, but also a challenge to thoroughly soak all the grains to ensure thorough hydrolysis. Additionally, the small size of our tun meant that heating the water to a sufficient temperature to raise the mash temperature on the second water proved a challenge, and often the protein rest went on significantly longer than our intended 40 minutes, and often the temperature of the saccharification rest (the period during the mash in which starch is broken down into fermentable sugars), was performed at a lower temperature than desired.

The Scotch Common also had more excess plant matter than more modern varieties, with significantly more awns and husk material. This caused our hopper to block whilst mashing in (how to physically force 250kg worth of malt through a hopper with my bare hands was not something I was taught at university). After two attempts at this, we opted to mash in direct through the manway, meaning mashes could only be done solo. The excess husk and awns also meant we struggled to run fully clear worts.

The spirit from the Scotch Common was very distinct and different from anything we had produced here before at Dornoch, with distinct flinty, slate and mineral notes, as well as some farmy notes that I suspect arose in fermentation. Identifying the precise origin of these flavours is hard to do, but I would suspect it has something to do with the increased excess plant matter we saw in our mashes, the cloudy worts, as well as the higher protein content.