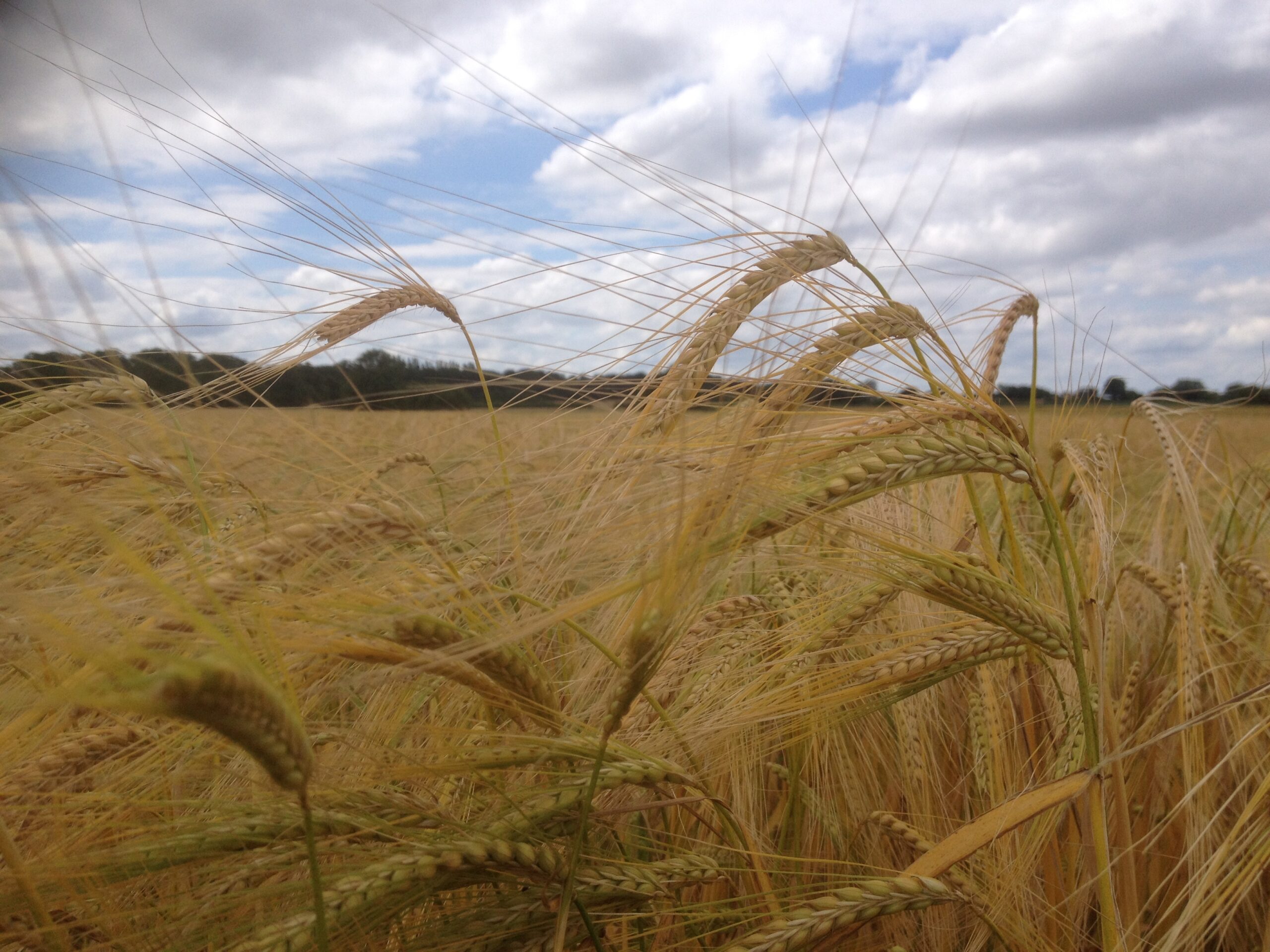 Those of you that follow us on social media, or are members of The Fans of Dornoch Distillery Facebook group (a fantastic little group, I highly suggest you join if you are not already a member), will have seen that in the past five months we have been producing spirit from a number very old and antiquated barley varieties; Chevallier, Scotch Common, Scotch Annat and Orkney Bere. With plans to produce using West Coast Bere in the next two months – as well as our consistent use of other heritage varieties such as Plumage Archer and Marris Otter – we have thoroughly enjoyed exploring and learning about these older varieties of barley. As such (and as I find myself at a loose end on a night shift), we thought we would share our experiences in using these heritage varieties.

With our continued commitment to experimentation here at Dornoch, as well as our continued inspiration from the “old styles” of scotch whisky production, using heritage barley varieties has always been a key aspect of our philosophy. We predominantly use varieties with a higher protein content, willing to sacrifice yield and efficiency to create a more full-bodied, flavour driven product. Barley variety has been recently gaining more attention amongst the wider whisky community, but it still remains a relatively unexplored means of experimenting with production. This may be because, in comparison to cask types and maturation, or yeast varieties and fermentation constraints, it is hard to quantify specifically what effects different varieties have on the flavours we see in the final product. Whilst different cask types will directly imbue different flavours on the spirit maturing within, and we can identify the varying levels of esters produced by different yeast strains, we cannot quite make the same comparisons with different barley varieties.

There are numerous differences between barley varieties, not just starch and protein content, but also fat and lipid content, mineral levels, the relative level of dormancy and tendency towards germination that affect both the malting and subsequent mashing and fermentation processes. A broad explanation of the differences between varieties is that the varying levels of simple sugars, dextrins, wort nitrogen and other minerals will affect the fermentation process, and thus the character of the final spirit produced. This is a highly simplified explanation, and the flavours will vary from batch to batch, however, a common thread that we see here at Dornoch is that spirit produced using the older heritage varieties is a more oily, textural mouthfeel in comparison to that produced from modern, high yielding varieties such as Laureate.

Over the next few months, I hope to write a series of blog posts providing a brief description of each historical variety we have worked with over the course of the last six months. I am hoping to squeeze in as much of the history of the variety, how we had to adapt to use it here at Dornoch, and tasting notes about the spirit it produced. At this point, I should mention that working with all these incredible historic varieties would not have been possible without the help and skill of the team at Crafty Maltsters in Fife, a family lead farm and malting business spearheaded by Alison and Daniel Milne. Crafty Maltsters produce high-quality craft malt for the brewing and distilling industry. Through their hard work, we have been able to secure Scotch Common, Annat, West Coast Bere and Orkney Bere malt, all varieties with a rich history that have sadly been replaced by more modern varieties. We were also able to secure a supply of Chevallier Malt from Crisp Maltings in Norfolk, a historic brewing variety. This entry will focus on Chevallier, with future entries focusing on the varieties we sourced from Crafty Maltsters. 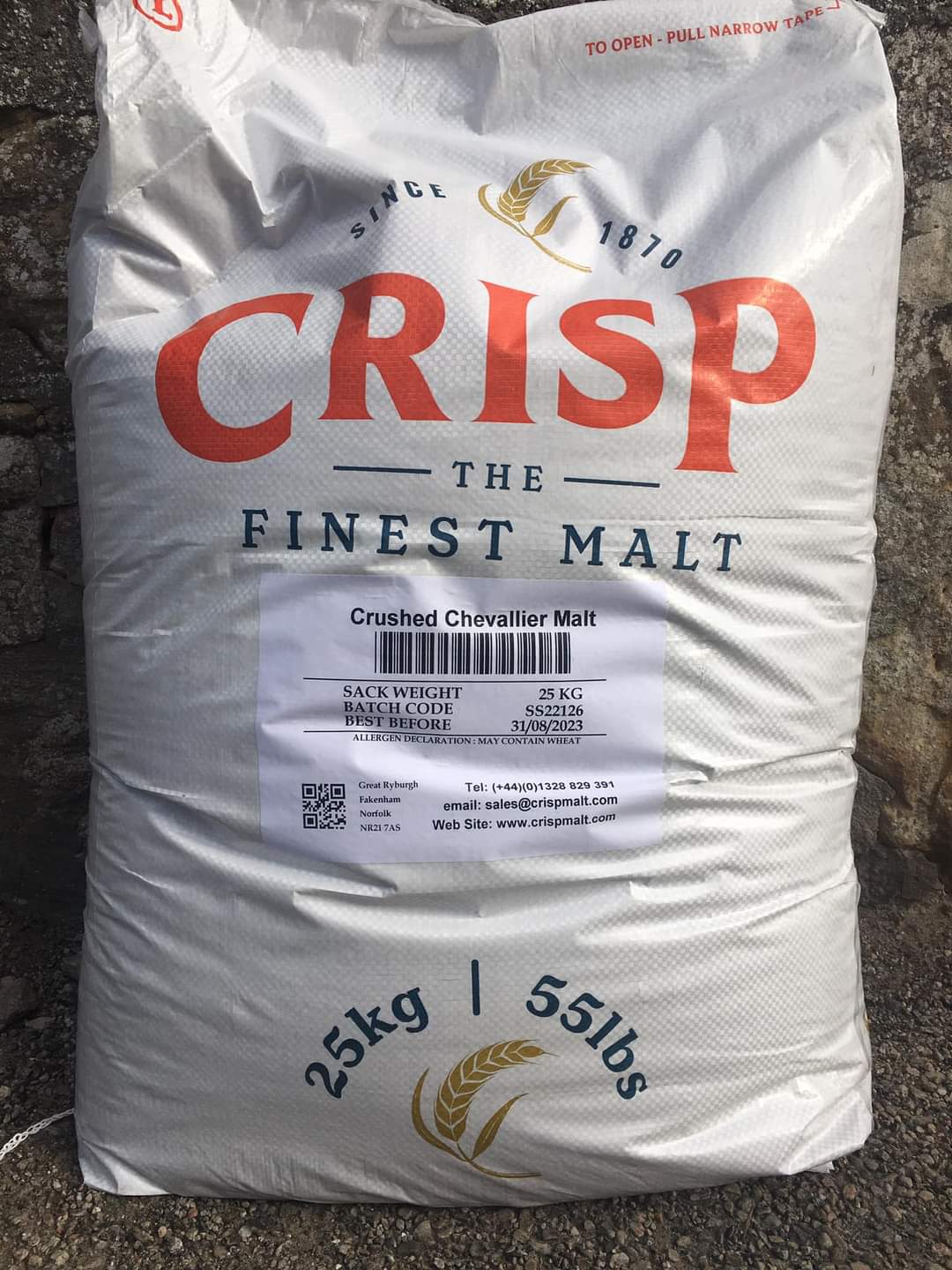 An offshoot of the widespread but poorly defined Archer landrace variety, Chevallier barley was one of the first-ever propagated barley varieties, with a history dating back to 1819, when a Reverend John Chevallier (or a tenant of his) picked some healthy-looking barley seeds from a growth near his house and grew the variety in isolation.  Crucial to English brewing heritage for much of the 1800s and early 20th century, it was the dominant variety grown in England. It was last grown commercially in the UK in the 1930s but continued to be grown in Australia as late as the 1960s. Its decline in popularity came about as a result of malt taxation forcing brewers to look to imported barley, and the rise in popularity of Mild beers, the production of which Chevallier barley was not suited towards. Recently it has undergone a revival, thanks to the efforts of Crisp Maltings and the John Innes Centre in Norfolk who are seeking to reintroduce this historic variety.

Chevallier Barley is a two-rowed, narrow-eared variety known for its high protein content. The malt had the highest protein content of any variety we have used here at Dornoch to date, at 2.19%, with a comparatively low extract of 277°L per kilogram. As such, our first mashing strategy with this variety was to include a protein rest at 58°C for approximately forty minutes to help break down residual proteins with the malt, allowing us to better access the fermentable extract. The temperature was then raised to the upper end of the brewers’ window, around 65°C, and the mash left for two hours. The wort ran clear and dark red when we drew off. Throughout our use of Chevallier, we had difficulties achieving a complete fermentation and saw higher final gravities (more remaining sugars in the wash) than we have had with other varieties. We tried to adapt our regime to create a more fermentable wort by lowering the temperature of the second water to around 63°C, but to no avail. This appears to be a common thread with Chevallier, that it does not produce a highly fermentable wash, suggesting more dextrins and unfermentable sugars, and a lower level of ꞵ-amylase in this variety.

The new make spirit produced from the Chevallier Malt was much sweeter and richer than our standard spirit, with a full-bodied mouthfeel. The dark colour and sweet smell of the grain, the dark colour of the wort, and the high level of residual, unfermentable sugars in the wort suggests that the malt had been highly kilned. As a result, it is possible that the sweetness of the spirit is a result of the higher level of Pyrazines and Furfurals, which are byproducts of the maillard reactions taking place during the kilning process of malting. The volatile congeners are associated with nutty and sweet flavours and aromas, often being described as having a biscuity character. The spirit from the Chevallier Malt was filled into a variety of different cask types, and we look forward to being able to share them with you when they are ready to be cracked open.

In the next blog post I will talk about our work with the Milne family at Crafty Maltsters, and how our work with Scotch Common and Scotch Annat Barley sourced from their farm turned out. In the meantime, our bottling hall aficionado Jack has left with us some tasting notes of our latest releases for you to enjoy; 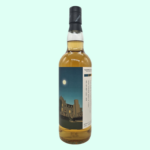 Palate – Strawberry Fruitellas and salted walnuts. Bergamot, sour apples. Very fun and rewarding dram. The salinity would suggest that the sherry cask deployed here is amontillado but we can only guess 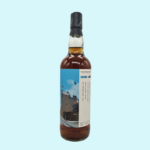 Nose – A glass of liquid seasoning. Maggi sauce, a touch of marmite, orange peel, sultanas, roast chicken (in gravy). The nose wouldn’t suggest a high grain content to this blend. I’m struggling to find any grain here, in all honesty…

Palate – the sherry notes on the nose continue to the palate with more sultanas and orange peel with a decent weight to it. Dried figs and allspice on the finish.